Advanced Search
×
Back to Listings 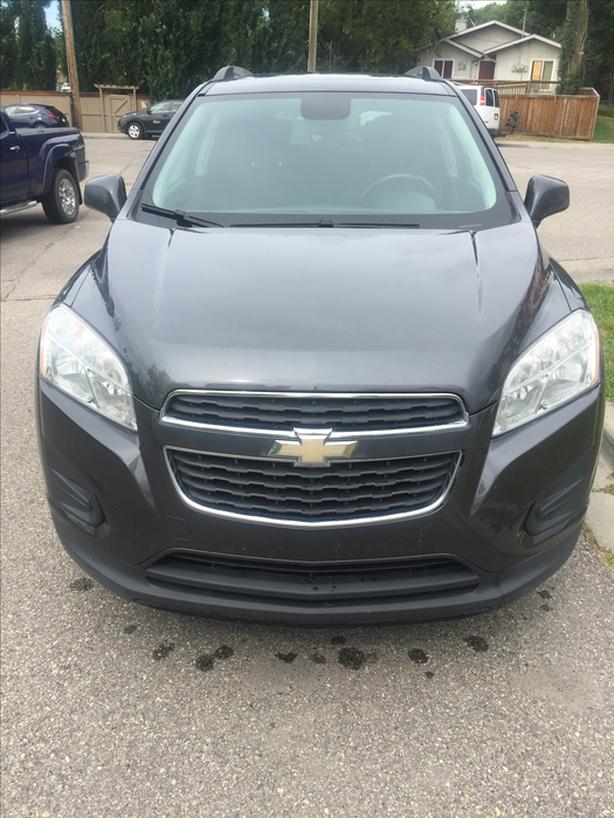 Are you looking for a solid and affordable car with LOW MILAGE? Stop looking because you just found it! Call Elias on (306)536-2088.

It was a good idea (at least on paper), my wife and I decided to "buy a car then move to Calgary". We've been in Calgary for 3 weeks at the time of writing this, and we need a different car. Sooner rather than later...

We are used to paying $90 per month for car insurance, we thought Calgary would be similar.

After 3 different auto quotes in Calgary we felt a sinking feeling that we CAN'T afford this SUV.

The only solution for now is to scale down to a smaller and more affordable car. Sooner rather than later because we need to get around. So call Elias on (306)536-2088

The plan is to sell this car by AUGUST 30th, either to a dealership or to you, which ever comes first.

Here's what you're gonna get when you buy this Chevy:

- LOW MILAGE (132k) so you
- REMOTE START so you can start your car from the comfort of your home, which means you don't have to freeze outside in the winter
- ALL WHEEL DRIVE so you can drive with confidence in the snow
- SUPER FUEL EFFICIENCY so you save money at the pump, ONE full tank will take 85% of the way to Kelowna from Calgary (1.4 L Engine)
- POWER OUTLET so you can charge your laptop, iPad, & smart phone, which means you won't be left high without your tech
- WI-FI in the car so you can connect up to 7 devices at once, which means you always stay connected to what's important (plan needed)
- BACK UP CAMERA so you have a clear view when in reverse, which means you avoid bumping into parked cars, pedestrian or kids
- BLUETOOTH so you can take calls hands-free without worrying about the cops giving you a ticket
Child Lock Safety which means small kids are safe and can't open the doors as you drive
- ALLOY WHEELS because why not?...

Because we need to get around, I will sell this car by AUGUST 30th, either to a dealership or to YOU. First come, first serve.